It’s why we do what we do

It’s why you spent hours looking at photos of stallions and reviewing the records of their progeny. It’s why you got up every hour on the hour every night for a week straight waiting for your mare to foal. It’s why you stood watch until you knew your new colt was up and nursing. It’s why you consulted with experts to design the best feeding program for your growing foal. At Kentucky Performance Products, it is why we use research-proven formulas and high-quality ingredients in our supplements to ensure they perform to your highest expectations. It is why the horse that matter to you matters to us®.

Fight back against poor quality semen and low conception rates during the breeding season.

Research has proven that the omega-3 fatty acid DHA has a positive effect on both sperm output and quality. If you are shipping semen, DHA’s beneficial effect on the sperm’s cell membrane improves its ability to withstand cooling and freezing. Omega-3 fatty acids support increased conception rates in mares, and mares consuming diets high in omega-3 also have colostrum and milk with elevated levels. Foals whose dams have been fed a diet rich in omega-3 have elevated serum levels of the nutrient, which supports a stronger immune system. 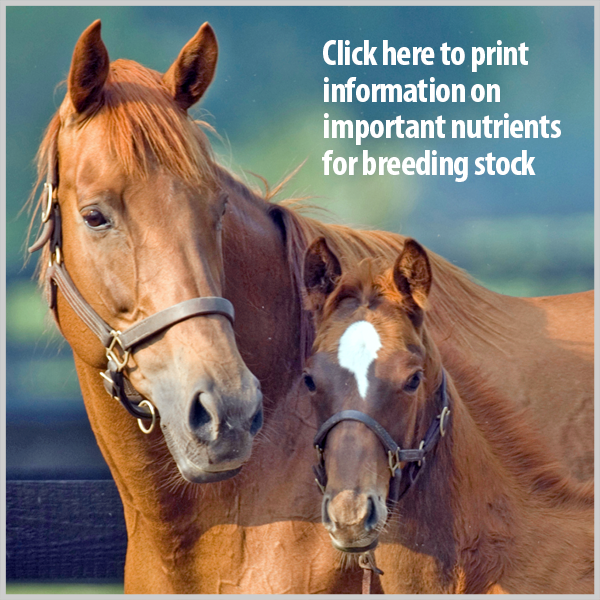 How does your horse make you feel?

Click here to share the feelings you have for your horse and upload a photo. If your feeling is chosen to be highlighted on the website, you will win the supplement of your choice and a prize bucket full of KPP stuff.